I was very honoured to be asked to be one of the judges at the South Australian Quilt Show. Actually, I was supposed to judge last year's show but it was cancelled because of Covid.

That meant I had to get a permit to enter another state and fly on a plane. The airport wasn't very busy and you didn't have anyone sitting next to you on the plane although we had to wear masks the entire time.

It was so good to be at an actual quilt show and be able to shop for supplies.

Best of Show went to a wonderful pieced and appliqued quilt by Christine Boxer.

Runner up to Best of Show was a pieced and appliqued quilt by Rachelle Denneny.

I am originally from Adelaide and so I stayed at my brother's house while I was visiting. Jan Goulter, a committee member was my driver for judging day and the opening day of the show. She was great company and very kind. Here is her quilt.

I caught up with her after the opening and prize ceremony and she was absolutely thrilled to win a prize. She hadn't said a thing to me about being in the show, so it was very exciting to hear her name called out.

Ann Ewer was the Convenor of the show and she also won a prize, it's great when the workers win a prize. if only there were prizes for everyone!!

I think it was a quilt made for her son and daughter in law.
I took quite a few photos at the show and here are some others that caught my eye.

The theme for the show was Masquerade and the following quilt won the challenge.

As I said earlier, I could hardly believe that I was at a quilt show. I had to buy something, but because I had to fly home, I couldn't buy anything too heavy.

I also bought some stencils. 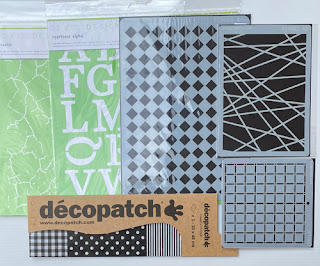 I had a wonderful time and managed to catch up with some family and friends and look around Adelaide. I save that for another post.

aaaahhhhhh - a quilt show....even a virtual one such as this, is a delight! I can certainly see why that quilt won best of show - wow. Seeing a quilt show - and fabric retail therapy too - you must have been so happy.

I could hardly believe that I was at an actual quilt show, Magpie Mumblings, such a thrill.

Great to see you Linda, it was an amazing display of quilt, and felt so good to catch up with other quilters after such a year as 2020.

It was so good to be at a quilt show, Jude, how lucky we were, we can't take these things for granted any more.